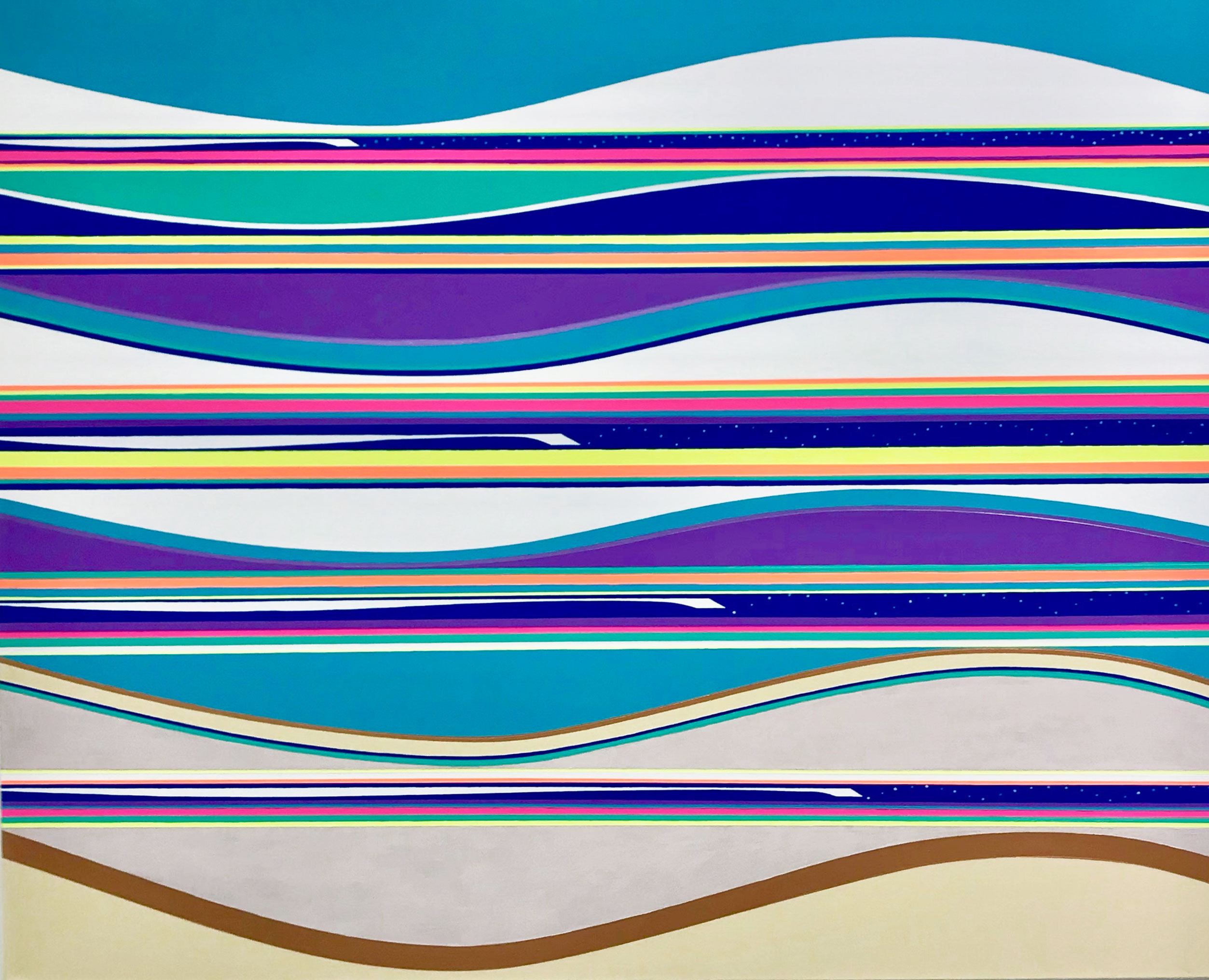 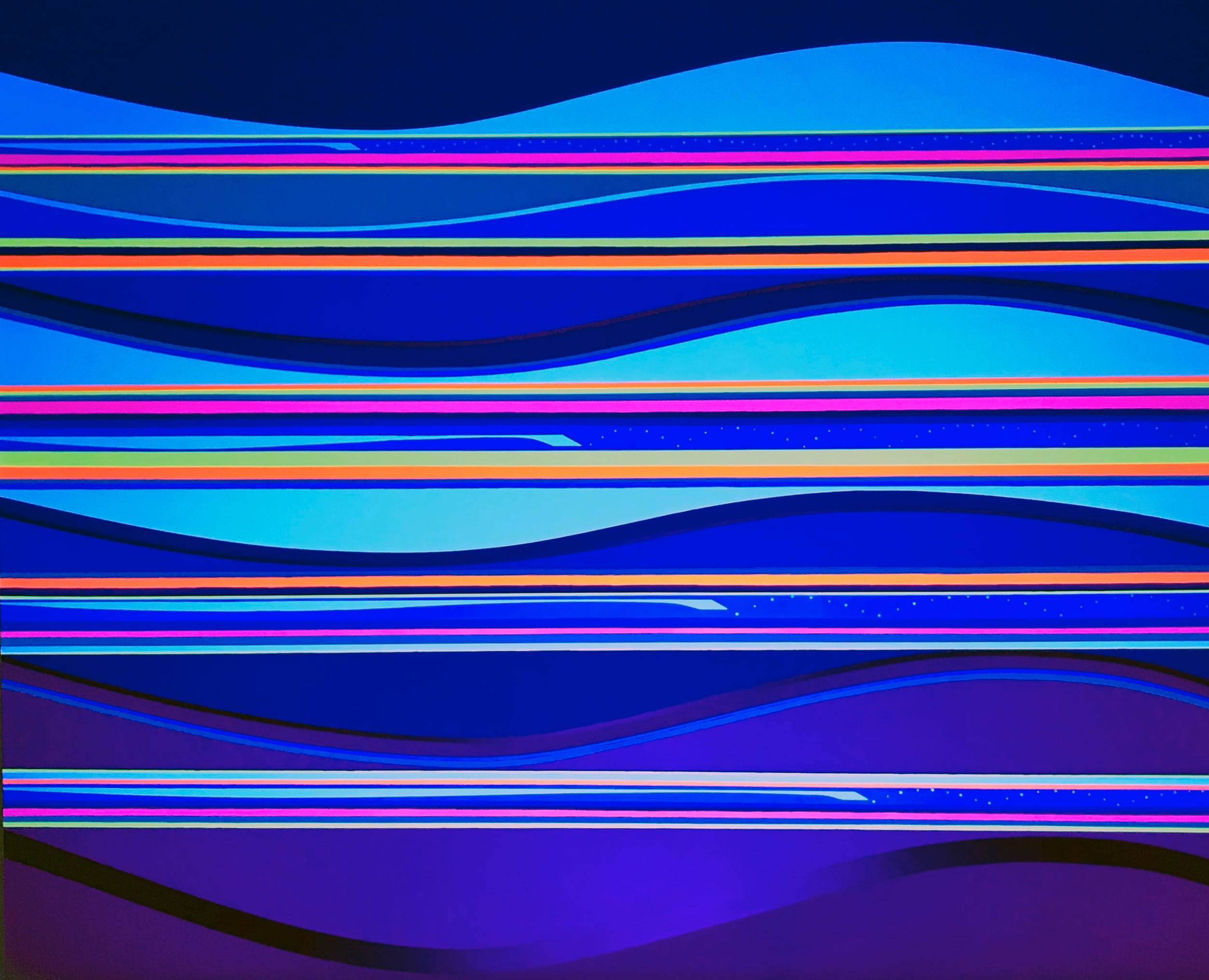 Craig Krefetz has created a contemporary vision of the beauty of wave action by emphasizing the form and lines of the breakers as they endlessly roll in from the Eastern horizon. He captures the vibrant color saturation seen in Florida’s east coast Gulf Stream waters.

Krefetz adds a secondary, uniquely dynamic effect, visible under ultraviolet ‘black light’, which brings the glowing breaking wave to life, as if seen during the full moon. It’s mesmerizing.

Spending childhood summers on the beach at Long Beach Island in New Jersey, Krefetz believes that the oceans are the world’s most precious resource. At the shore, he grew to appreciate the beauty of the winter months as much as the summer months, and developed a spiritual connection to shore and surf.

Moving to the mecca of the surfing community, the north shore of Oahu, the artist has experienced some of the world’s great Hawaiian surf breaks: Pipeline, Waimea Bay, Sunset Beach, Jaws and Phantoms.

In his graphical abstractions, his artwork captures the dynamics and simply beauty of the endless patterns of the ocean.

Born in 1970 in Brooklyn, New York, lives and works on the Treasure Coast of Florida.